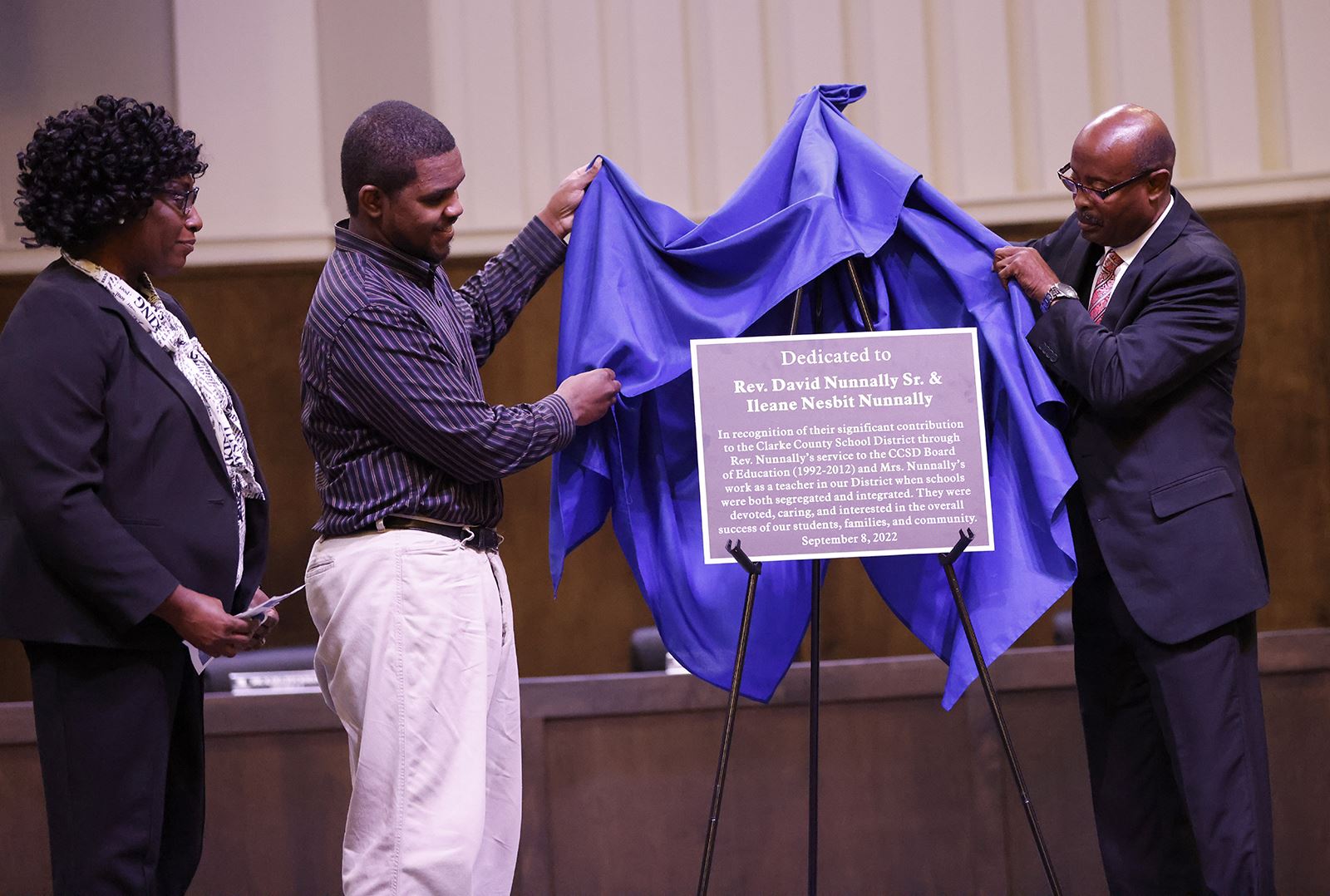 On Thursday, Sept. 8, the Clarke County Board of Education held a ceremony dedicating the CCSD administrative building front atrium to the late David and Ileane Nunnally. The event honored the legacy of two extraordinary educators who left a lasting impact on the community they served.

The ceremony included remarks from Dr. LaKeisha Gantt, BOE President; Dr. Tawana Mattox, District 9 BOE member; Brannon Gaskins, CCSD's Chief Academic Officer; Marvin Nunnally, nephew of Rev. and Mrs. Nunnally; and Imhotep Nunnally, grandson of the Nunnallys. A plaque was also unveiled in the Nunnallys' honor and will now be on display in the atrium.

“This evening is really just one example of the help, the contribution, the legacy that the Nunnallys have left,” said Dr. Gantt.

Rev. David Nunnally Sr. (1929-2015) served on the Board of Education from 1992-2012 and was known for his dedication to bridging race relations in the community and tearing down barriers to educational opportunities for local African-American students. He helped many students enter Historically Black Colleges and Universities (HBCUs) and founded the Athens Area Human Relations Council (AAHRC) in 1979. Since its inception, the organization has given more than $800,000 in scholarships and in support of education in Athens-Clarke County.

Rev. Nunnally’s wife, Ileane Nesbit Nunnally (1930-2020), was a long-time public-school teacher in Athens. A native Athenian, she graduated from Athens High and Industrial School at the age of 16 and spent her entire teaching career in Athens. She taught at East Athens Elementary School and Athens High and Industrial School (renamed Burney Harris High School in 1964) and began teaching at Cedar Shoals High School when the district integrated. She was also deeply involved in the work of the AAHRC.

“The Nunnallys exhibited everything I would hope to be as I continue to grow,” said Dr. Mattox, who led the effort to dedicate the atrium space to Rev. and Mrs. Nunnally.

Mr. Marvin Nunnally recalled that in his time with his aunt and uncle, they always “challenged me to give back to the community.”

Click here to watch a video replay of the ceremony. 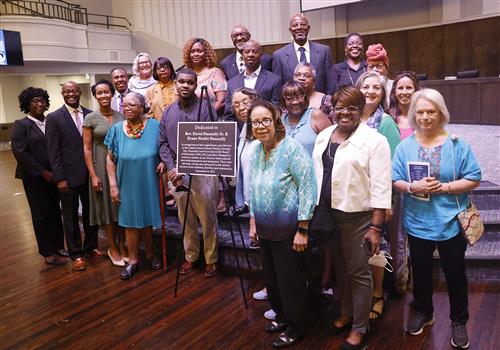